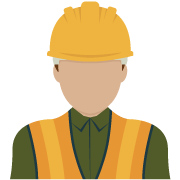 Hello, my name is Jeremy. Welcome to my site. I am excited to share my knowledge about manufacturing processes on this site. The manufacturing field produces all of the products we use in day-to-day life. I want to share information about the various types of equipment and materials used to produce these products. My site will cover the ways the machinery works through every stage of the manufacturing process and how certain products are then used by us and benefit our daily lives. I invite you to come by my site daily to learn all you can about this topic.

While real-life robots are much less glamorous and dramatic than their fictionalized counterparts in movies, television and books, they are still vital to our industrial way-of-life. Humans work alongside robots in factories in almost every industrial setting imaginable, and the presence of robots will only continue to increase in the future. However, as their use grows, people also need to increase their awareness of the dangers of being careless around industrial robots. Here is what you need to know about working safely around robots:

One of the most important factors in establishing a climate of safety around industrial robots is the proper acknowledgement of barriers. Robots operate within a known three-dimensional area, based upon a robot's movement in the three axes: left and right, forward and backward, and up and down.

If you are working in close proximity to robots, be sure you know where the movement zones are for each machine. If you are unclear, ask a supervisor for assistance. There should be barriers in place that will prevent accidental encroachment into the zone, but some barriers are not impenetrable. If you find a need to enter a barricaded area, know your procedures for turning off the robot and placing it into an appropriate disabled mode. Don't climb over, under or through barriers, and never attempt to deactivate or turn-off automated barrier systems; these systems are designed to protect you from being struck should you inadvertently enter into the robot's movement zone.

Be a trained operator

No one should be permitted to operate a robot without receiving the appropriate, formal training necessary to safely use it. On-the-job training is part of the process of instructing a worker in how to operate robots, but all new users should be supervised adequately until they are measurably capable of using a robot.

All robots should have a control panel within sight of the machine. This control panel should also have an emergency stop button, so be sure that you know where it is located. There may be other emergency stop buttons or breaker switches within close proximity to the robot, so know where those are, as well. If you are an authorized user of the robot, then be knowledgeable about accessible controls. Do not utilize controls that you have not been trained to use, and always ask for assistance if you find yourself unsure of what to do. An errant robotic arm can do great harm to other machines and devices, but since it does the most damage to flesh-and-blood, never guess about operational controls.

Be vigilant during teaching and maintenance

While it may seem that industrial robot accidents are most likely to occur during normal operations, much of the danger faced by workers is during downtime for maintenance and programming. Always properly tag-out controls and electrical power supplies to prevent accidental activation of a robot during maintenance. This will prevent someone else from tripping power switches or inputting commands into the controls. In addition, if you are working with robots that use hydraulic actuators, be prepared for unexpected movement in arms, grippers and other devices. Even if the power is disconnected, some of these mechanical parts can still move if pressure is released from a hydraulic line.

When programming a robot on new functions or updating current functions, use slow, deliberate and well-planned teaching and training procedures from sites like http://cmafh.com. A robot being trained at high speed can inadvertently strike someone if an error is made in programming; by keeping everything at a slow pace, any mistakes are minimized, and persons have an opportunity to get clear of machinery. Keep other individuals clear of movement zones while programming, and always be alert to your surroundings.